This version of the Node Assassin hardware is designed to fit on the Arduino Protoshield v.4. It's a little cramped, but it fits. 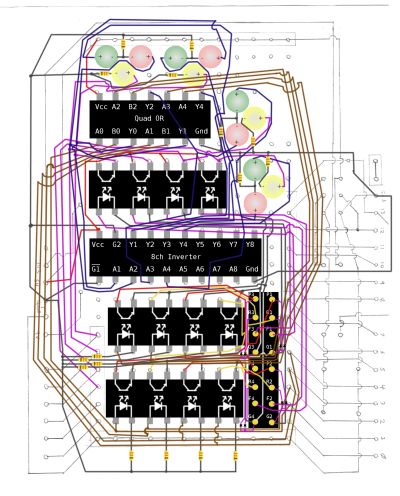 Wiring diagram. (See below for The GIMP formatted XCF with layers) 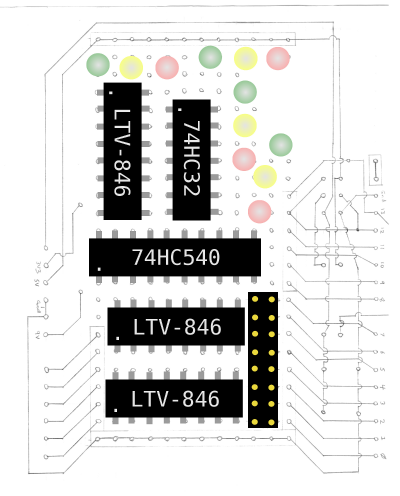 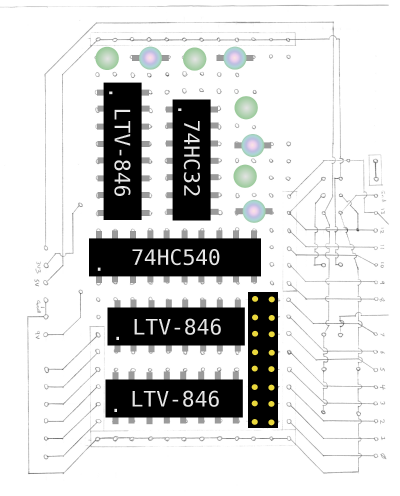 Four-port Node Assassin v1.1.4, Protoshield variant board layout. Yes, it's pretty crappy, but it gets the idea across. Most of the wiring, resistors and diodes will need to share pin underneath the PCB. 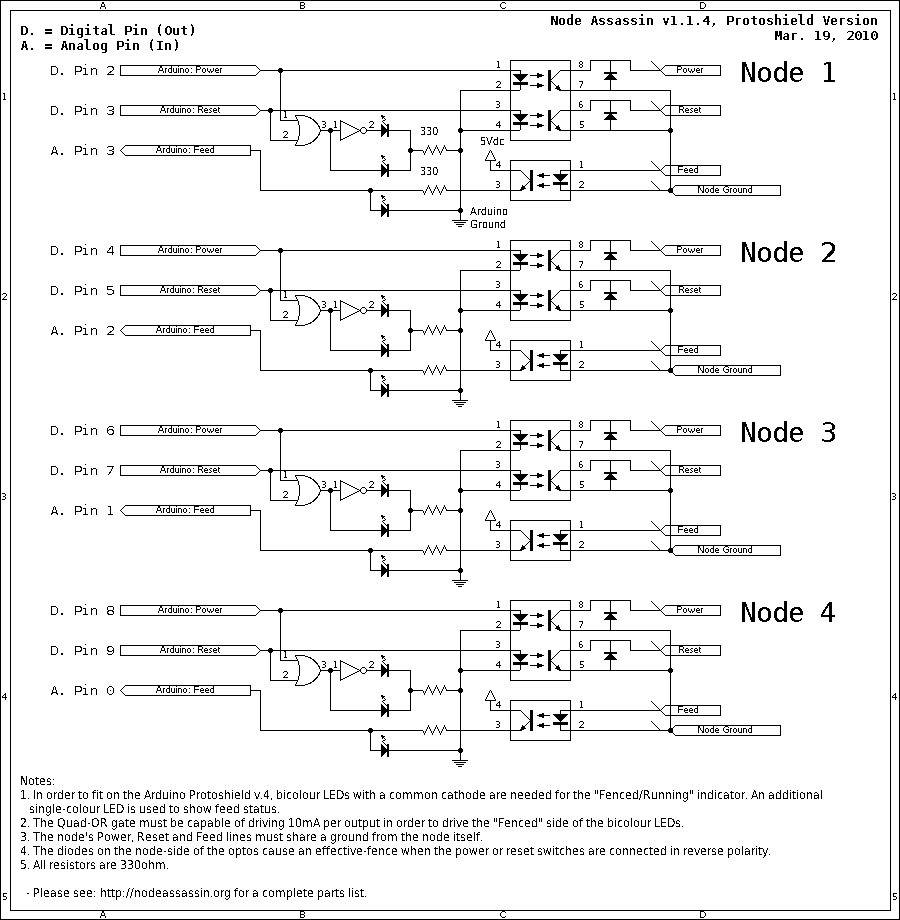 You will need to make custom cables with pass through connectors to properly use Node Assassin. The only real requirement is that the connector attaching to the Node Assassin be 1x4 wide, 2.54 pitch female connector. Personally, I like to run a common ground to the power button connector and then fan it out to the other two connectors. Each distal connector needs to have a male pass-through connector so that you can still plug in the case cables. 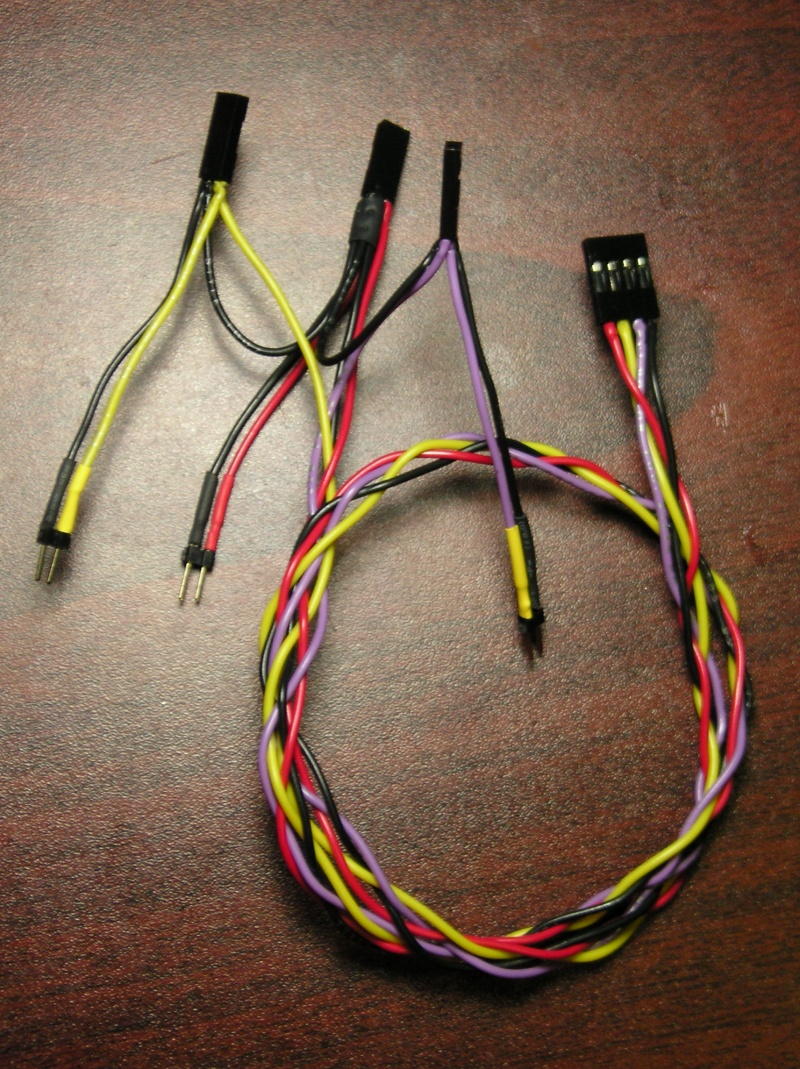 Some updated pics to show that the board is coming along. As I mentioned on the front page; Unless you are very comfortable with soldering or really want to use the protoshield for space reasons, build the full sized version. This is so densely packed that it's taking a lot longer than it should trying to finangle up to three connections into some pads...

I'm hoping to finish up this board and get on to updating NAOS later today or tomorrow.